State Farm Q&A: On Entering the Esports Business as a Non-Endemic Brand

For brands that are non-endemic to the esports space and looking for an example to follow, State Farm should do the trick. Just this year, the insurance company announced a multi-year sponsorship of the Overwatch League as well as a sponsorship of the incredibly popular professional Fortnite streamer, DrLupo. The brand was also the first non-endemic sponsor of the NBA2KLeague and announced a partnership with League of Legends last year. Event Marketer spoke with State Farm marketing director Ed Gold, a member of the Esports Business Summit’s advisory board, about advice for brands considering an esports sponsorship. Following is an excerpt of our conversation. 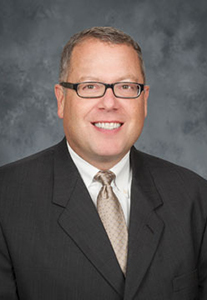 Event Marketer: The esports space is growing at a very rapid pace; there are new entrants all the time. Tell us something that you’ve learned about it in the past year.

Ed Gold: Probably the biggest learning that we got from a State Farm standpoint, and we’re looking at it from a non-endemic brand getting involved in esports, is that we have seen only positive sentiment, returns, impressions, in regards to what we’re doing. There was a lot of apprehension there, but from day one, when it was announced that we were partnering with League of Legends last year, the community has only embraced State Farm. They see a major, traditional regular sports advertiser getting involved in their sport and bringing legitimacy to what they’re doing and what their passion points are. There was apprehension, but it has paid off by the embrace that we felt from the audience.

EM: Where do you see the biggest potential for growth in the esports business?

EG: I think the biggest potential is still in the future. Esports developed in the way traditional sports develop. It’s not that they developed football in one day and boom, football became a really popular sport. It took time and it took effort and it took people getting involved at younger ages and then it became a part of their life. People grow up playing catch with their dads, right? Now people are going to be getting online and playing League of Legends or Madden NFL or NBA2K or Candy Crush or Tetris. The future is the great opportunity here.

EM: Are there any issues with that rapid growth?

EG: The issue is that esports is not one thing, unlike baseball and the NFL. Each game within the esports world is its own game in the same way League of Legends is the NFL and Overwatch is Major League Baseball. And partly because of that, and because esports is very technology based, this audience also looks for the next new thing. At one point, when PUBG came out as a Battle Royale game, everybody was about it. And then literally two to three months later, Fortnite came out and shot to the top, because it became more user-friendly for younger kids. And now, Apex Legends just came out and it’s taken the world by storm.

But what we’re also trying to look for is those things that are going to have staying power. We’ve gotten involved in League of Legends and Overwatch. We are seeing that viewership continues to rise within esports, so even while there are all these other things going on in the videogame environment, we are still seeing increases in some of these games that have been around for more than 18 months. It is a very exciting time to be involved in trying to pick what is right for your brand.

EM: So, how do you see brand sponsorships shaping up?

EG: There are multiple levels. There is the task that we’ve taken, directly out of our traditional sports efforts, which is to partner with a league or partner with teams. In these cases, we become an official partner of the league and are incorporated into what that broadcast is about.

While we might have College Gameday on ESPN presented by State Farm, in League of Legends we have this State Farm analyst desk and in Overwatch, instead of it being the SEC college football pregame show, it’s the Watch Point, presented by State Farm, pregame show for that day’s upcoming Overwatch matches. As the esports leagues have become more modeled on traditional sports leagues, we’ve taken what we’ve learned from traditional sports and brought it into esports—and have been embraced for being a part of it, because we certainly bring a lot of legitimacy to it.

I think there is a lot of opportunity, because of the social nature of the audience and the players, whether it’s team partnerships or individual player partnerships, to utilize the followers that each one of these folks has and build the brand through that, like we’re doing with DrLupo.

EM: What are some trends you’re seeing at esports events?

EG: The biggest trend I see is that the esports fan is as passionate as I am about being a Chicago Cubs or a Chicago Bears fan. They’re as passionate about Team TSM or Dallas Fuel or Team Liquid or 100 Thieves. They have that same passion for those teams, often because of who plays on those teams. I think recognizing that passion that the fans have for the league and the players is key.

EM: What game are you playing or are most interested in right now?

EG: Being the dad of 13- and 14-year-old boys, it’s not so much about what I play—it’s about what they play. I play old-school games like car racing games. I like Tetris. Things that I can control with one joystick in one hand versus having to use both hands. I don’t have the dexterity for it that my kids have. But my kids are certainly into Fortnite, League of Legends, Overwatch and a few others, including Paladins.

EM: How do they feel about you being involved in esports industry? Do they think it’s cool?

EG: They think it’s extremely cool, because they are actually like my consultants. I took my youngest to my first League of Legends event so that he could interpret for me what was happening on the gameplay screen. They keep me informed about what’s cool, hot and what the kids are talking about.